James Liege Hulett arrived in Durban at the end of May 1857, aboard the Lady Shelbourne with 20 pounds and an offer of a position with a chemist Mr. Burgess, a friend of his father.

In 1860 he advertised for a farm in the Nonoti area and successfully leased an area of 600 acres, which he called Kearsney. He experimented with maize, sweet potatoes, chillies, arrowroot and coffee and also established a trading store. Soon Liege Hulett commanded a flourishing business, which enabled him to purchase several farms in the area.

Liege Hulett took the name of his estate from an old village and medieval manor not far from Dover in Kent, England. The name Kearsney derives from the French “Cressoniere” meaning a place where watercress is grown. The double-storied Kearsney house with a small turret projecting above the roof level was erected on the highest point of the estate and built on the farm. 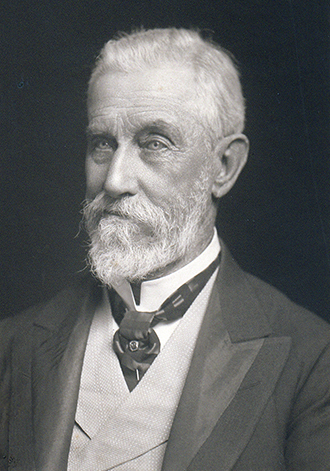 He created at Kearsney, a place of peace and harmony which inspired others to improve and beautify their own estates. It was at Kearsney that he established a thriving tea estate, which was the foundation of the company Sir J.L. Hulett & Sons. This was also the start of his sugar empire.

During the period 1868 to 1887 the eight children of Liege Hulett and Mary Balcomb were all born at Kearsney. The boys became expert craftsmen and helped to build the Kearsney homestead, while the girls helped in the house with sewing and other domestic chores.

Sir James Leige Hulett was a cabinet minister in a number of Natal Governments and was the Speaker of the Legislative Asse+mbly in 1902 when he led the Natal delegation to the coronation of Edward VII and was knighted for his services to the Colony.
Sir Liege then moved to Durban and Kearsney House remained vacant until 1921.

An ever open door

Kearsney House was a well-made and designed mansion with large, furnished reception rooms and 22 bedrooms. The home held an ever open door to passing travellers and on Sundays there would be great family gatherings after morning service.

There was a big staff of Indian servants. Liege Hulett was loved and respected by his Indian and African employees. When tea production ceased on Kearsney, the ornamental trees protecting the tea gardens were replaced with sugar cane.

Sir Liege imported many varieties of seeds and plants of a wide range of fruits – guavas, cloves, mangoes, apples etc, citrus of all kinds and planted orchards near Kearsney House.

During the Bombarta rebellion the pioneers of Natal lived under difficult and often dangerous conditions ... neighbours were few and far between. Kearsney was only nine miles from the Zulu border and in 1879 when war broke out, there was considerable alarm at Kearsney.

The Zulu impies raided within 15 miles of the home, carrying off and killing the cattle of friendly natives. Kearsney residence was fortified by means of a stockade and became the centre of resistance against the expected Zulu attack.

One day the alarm was given that the Zulus had crossed the river. All the neighbours, their children and their servants flocked into the laager, which remained in a state of siege, but was never attacked.

A selection of photographs from Kearsney Manor's early days. 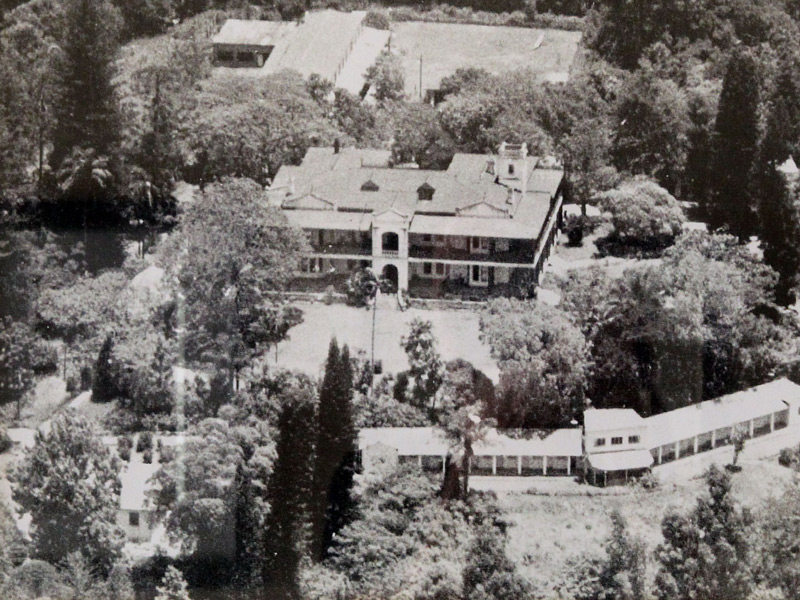 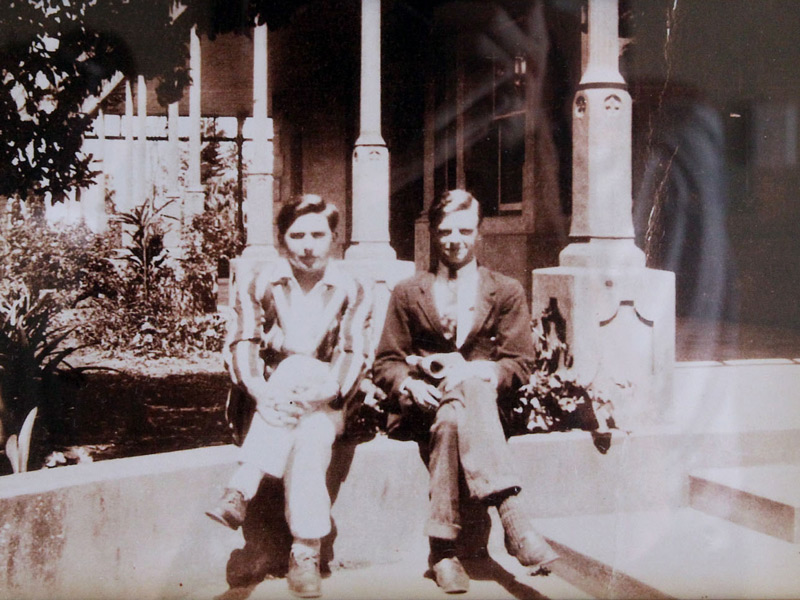 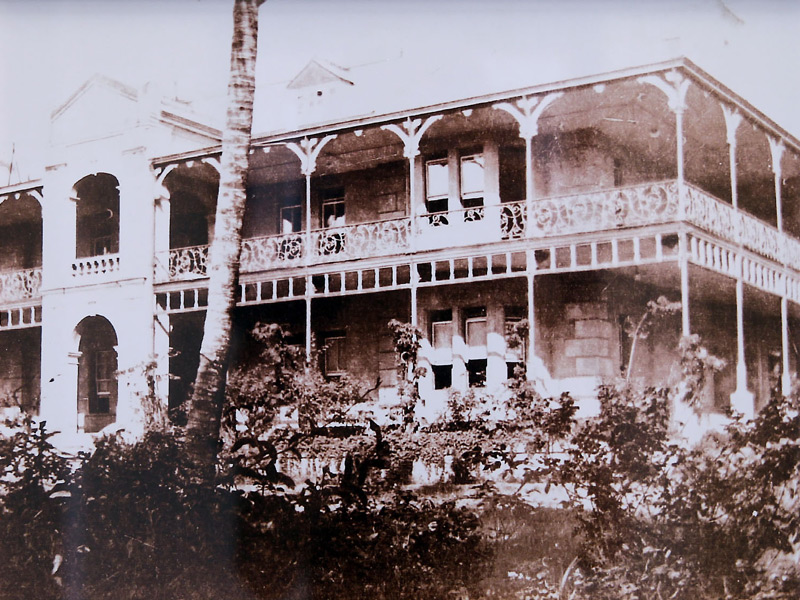 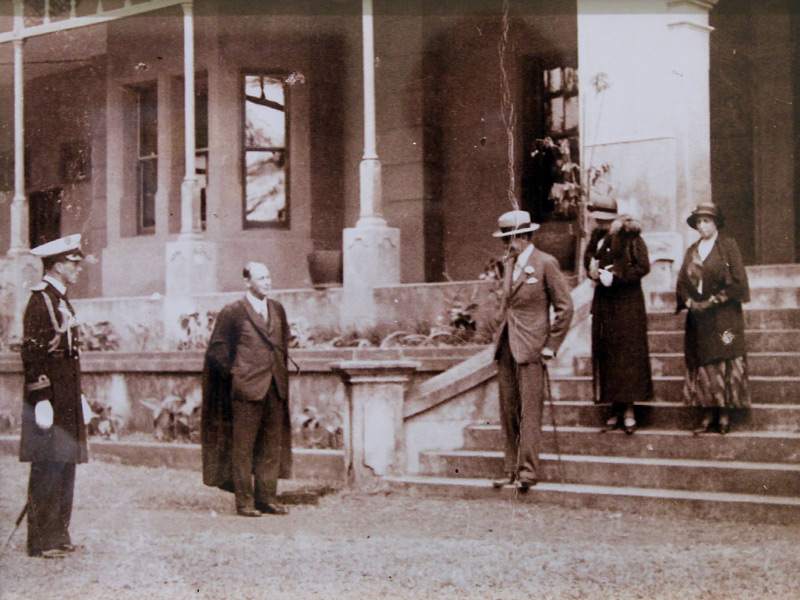 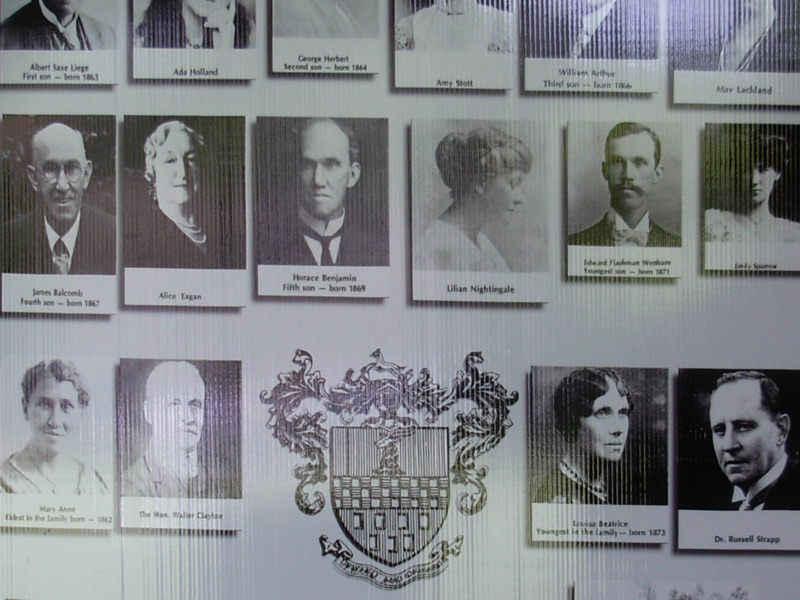 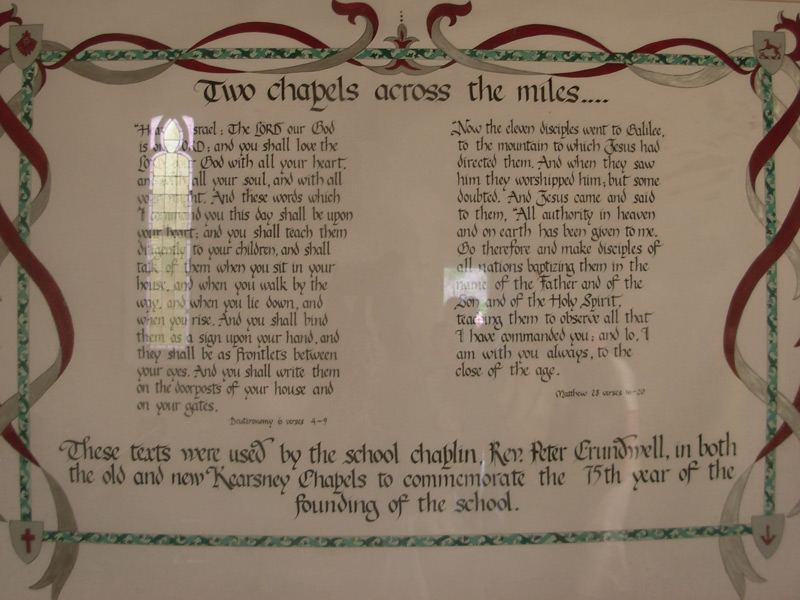 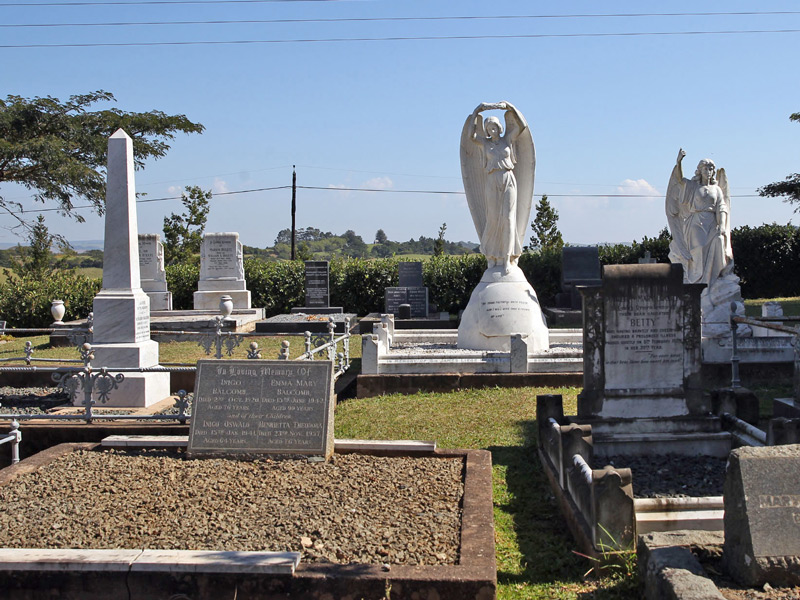 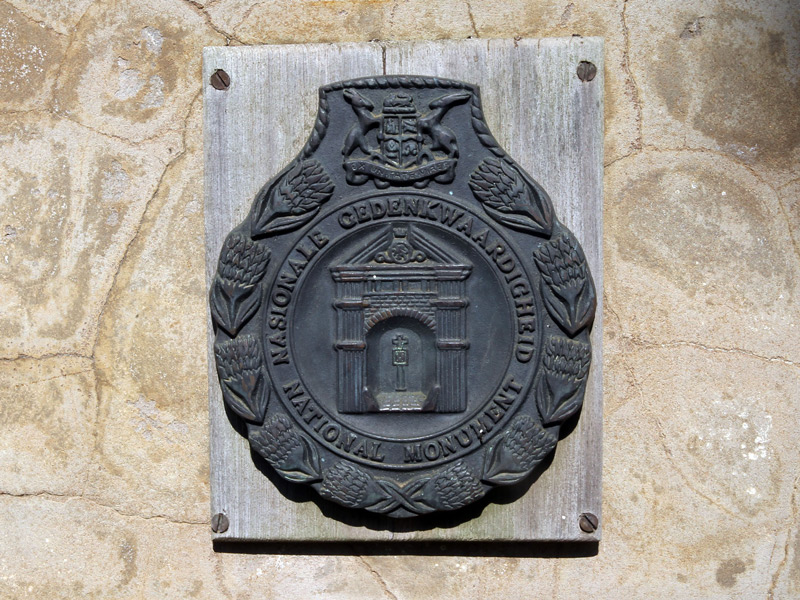 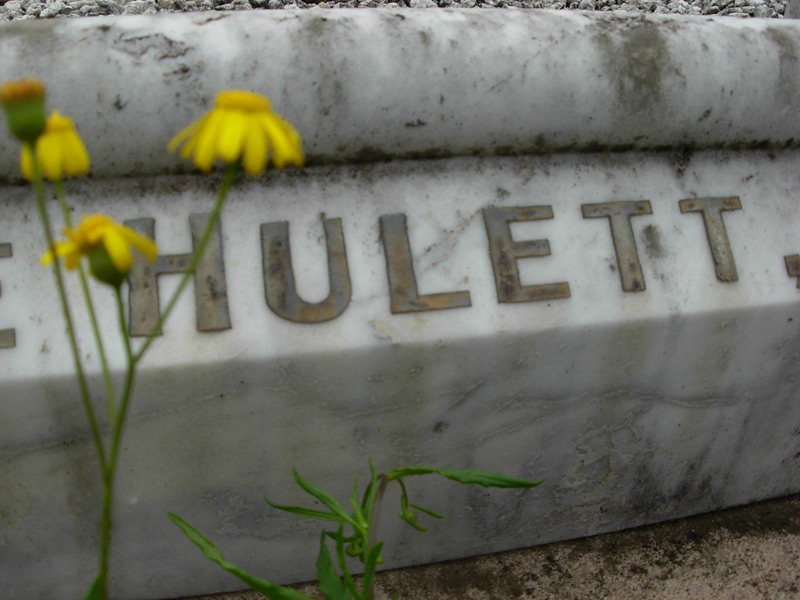 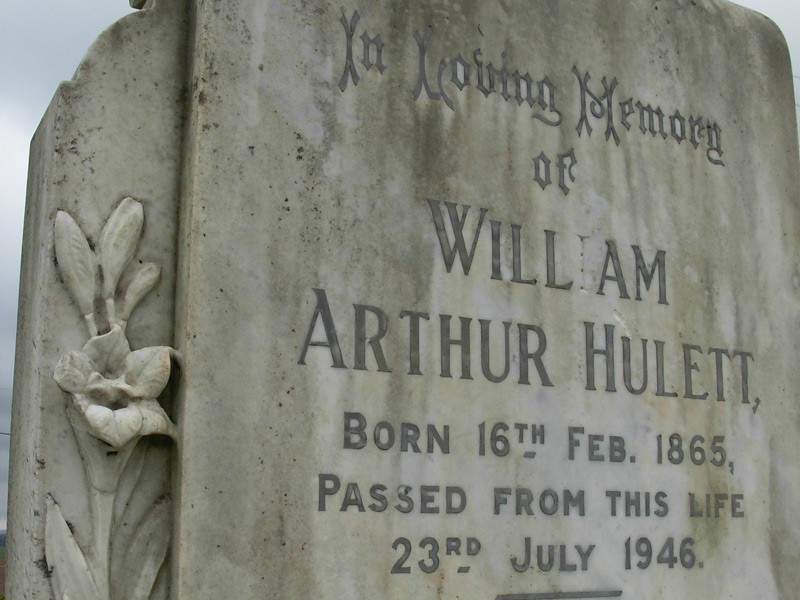 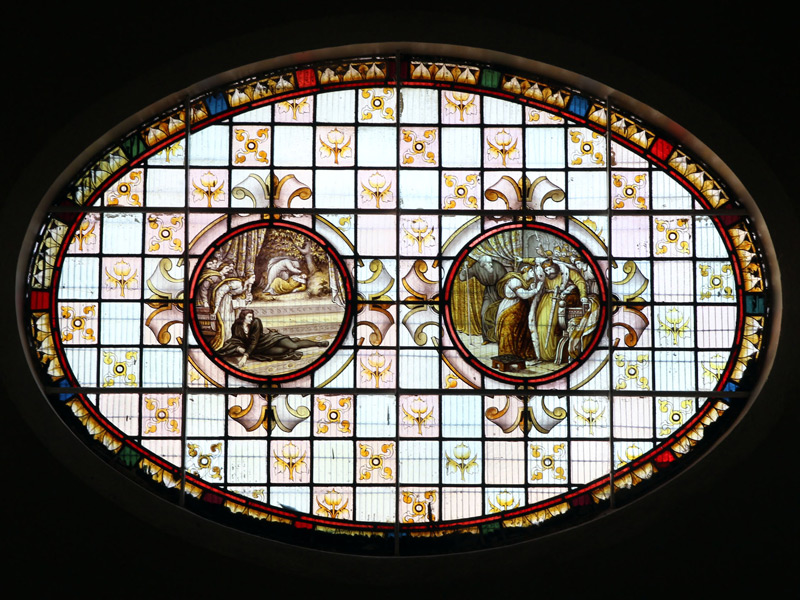 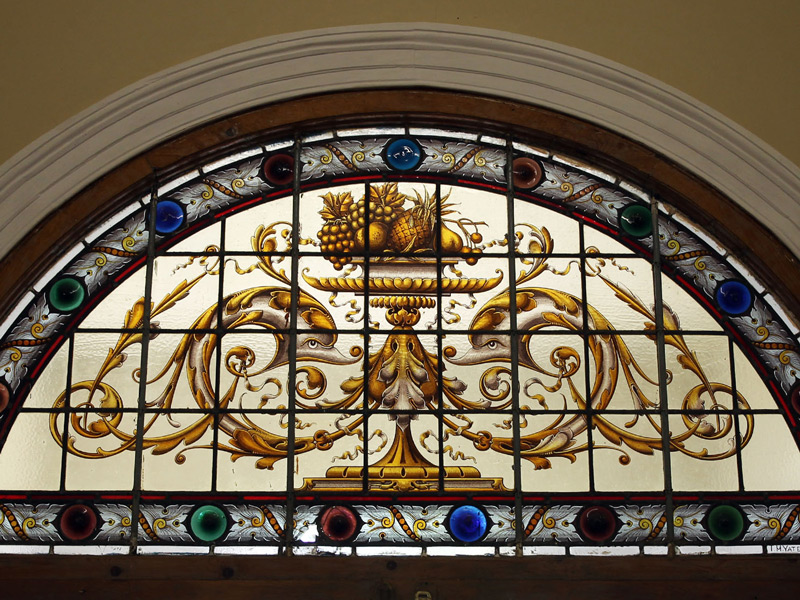 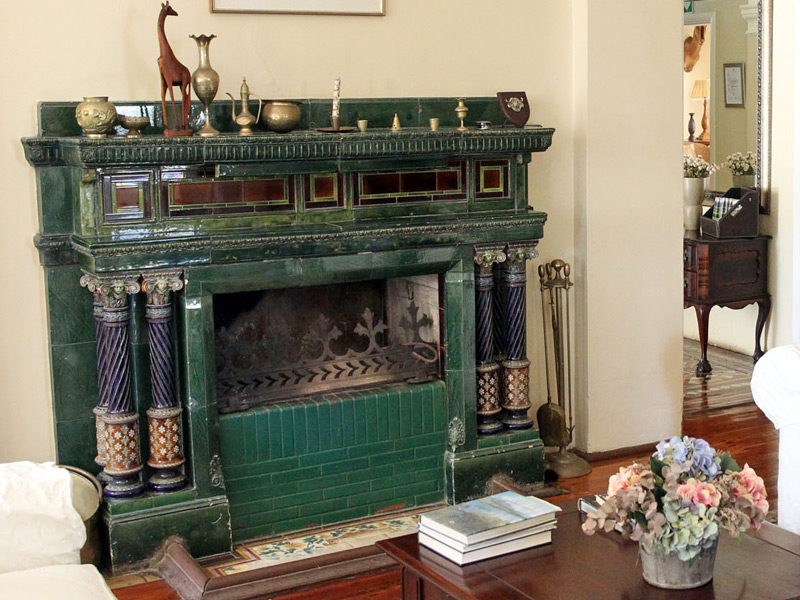 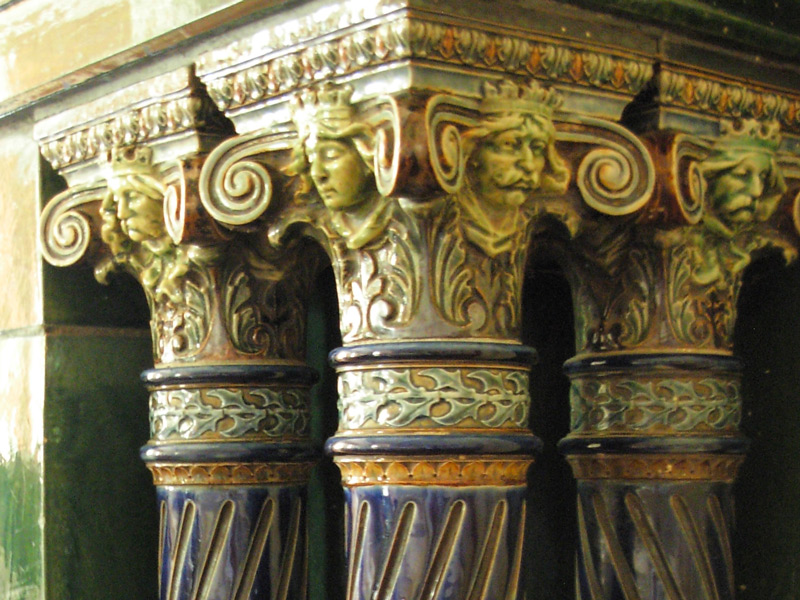 Sir Liege cherished the idea of establishing a boy’s school for Methodist ministers and their sons and those of the families of the free churches. He considered Kearsney House to be ideally suited for this purpose. On the 29th November 1920 a contract was signed with the Wesleyan Church for the use of Kearsney House as a school. This was the birth of Kearsney College and remains a living memorial to Sir Liege. The school opened in its First term in August 1921.

The end of an era

Kearsney College remained at the Kearsney Estate until June 1939 when it moved to its present site at Botha’s Hill between Durban and Pietermaritzburg. The decision to move the school was based on the reluctance of parents to send their sons to a school on the North coast that suffered many cases of malaria in the 1930’s, although none were reported at Kearsney.

A place of healing

In 1945 the house became known as the St. Luke’s Home of Healing, which was home to mentally and physically-challenged patients. In November 2004, Kearsney House was bought by Paul and Erica Kalil of Kloof, who have made it their ongoing challenge to renovate and restore the home to its former glory.

St Luke's Home of Healing was then relocated to the Old Kearsney Hospital nearby, an easily accessible location providing all the necessary mod cons.